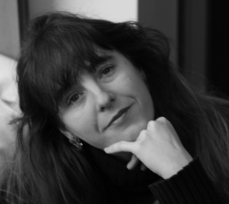 Michelle Diaz has been writing since the late 90s and began her life as a poetry performer in 1998 at The Poetry Café in Covent Garden. She studied English Language and Literature at Manchester University and always had a love of words and a passion for poetry.

In 2009 she had two poems accepted by Live Canon, which were performed onstage in Greenwich. Between 2015 and 2017 she hosted a monthly poetry group in Glastonbury. She also became a Wells Fountain Poet. In 2017, she won 3rd prize in the Mere Literary Festival Poetry Competition. She also began regularly submitting her poetry to a range of magazines with an encouraging amount of success. She has been widely published online and in print and has recently been accepted for several anthologies. She has been part of the open mic at Swindon Poetry Festival, Words and Ears in Bradford on Avon, Trowbridge, Wells Fountain poets. Poetry and a Pint in Bath and many other venues.In 2017 she was the inaugural winner of the Glastonbury Bardic Silver Pen award. She also won the 2018 Christabel Hopesmith NHS Competition judged by Wendy Cope and Lachlan Mackinnon. Her debut pamphlet The Dancing Boy is due out in 2019 with Against the Grain Press.

Without poetry, her soul would be very hungry.